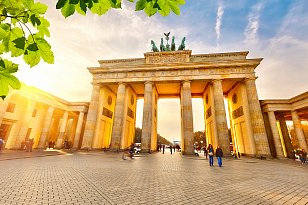 All photo and video permits inside venues where photography is allowed

Transfer
Tour price $115
Book now Book as a group tour Book as a private tour
Prices for private party
Group size (number of people) for private party, price per person, US $
If you are traveling on a cruise ship to the port of Rostock/Warnemünde and have only one day on shore, let us take you on a fascinating, all-encompassing journey to Berlin! The German capital has become the third most visited destination in Europe and we will take you to all its main sights to show you exactly why. This shore excursion is adjusted to each ship’s docking times and starts promptly after your vessel’s arrival, returning with plenty of time to spare before its departure. Our expert team has been organizing these tours for nearly a decade. We have never missed a cruise ship’s departure and imparted our knowledge and enthusiasm for our unique and beautiful city to thousands of satisfied passengers! Your hosts will greet you in front of your cruise ship as soon as it docks and show you to a comfortable, air-conditioned bus. After a relaxing, comfortable journey through the picturesque flatlands of East Germany, you will arrive in Berlin and meet your professional English-speaking tour guide. Here the tour begins in West Berlin at the Charlottenburg Palace. You will first have a chance to stretch your legs as your knowledgeable local guide gives you an introduction to the city. You will then drive through the former British sector along Berlin’s Champs-Élysées - the Kurfürstendamm, past the Kaiser Wilhelm Memorial Church and the KaDeWe, the largest department store in continental Europe. You will then head to East Berlin - visiting the impressive parliament building, the Reichstag - on the way. Stroll through the famous Brandenburg Gate and nearby Memorial to the Murdered Jews of Europe. Admire the Tiergarten central park, the Victory Column, a Soviet memorial, the Memorial to the Murdered Sinti and Roma as well as the Paris Square. Continue on to the site of Hitler’s bunker, through Potsdamer Platz to one of the few remaining pieces of the Berlin Wall before reaching the former site of the Headquarters of the SS and Gestapo, today known as the Topography of Terror. Next is your chance to pass through Checkpoint Charlie – the most famous crossing point between East and West Berlin during the Cold War - and visit the former US sector. After some free time for lunch (not included in the tour price), your tour will continue through the former Soviet sector of East Berlin to visit the spectacular Gendarmenmarkt and Bebelplatz – famous as the ‘Nazi Book Burning Square’. You will also have a chance to visit Berlin’s historic former Royal Quarter – the beautiful boulevard of Unter den Linden, the UNESCO World Heritage Site of Museum Island, the Berlin Cathedral, and Alexanderplatz with its iconic TV Tower. Time permitting you might also drive past the longest remaining stretch of the Berlin Wall with its world-famous graffiti – the East Side Gallery or stop in the former Jewish Quarter, which has recently become the fashion and art center of the German capital. At the end of your Berlin tour, say goodbye to your tour guide, and be whisked off in comfort back to your cruise ship. .

During the tour you will visit
View itinerary
Important
Itinerary is a saple one: actual start of the tour is 30 minutes after ship's disembarkation. Duration is 12 hours. Order of sights may vary according to the traffic. The representatives of our company will be waiting for you at the port near the ship - you will easily recognize them as they will be holding meeting sign.
Restrictions
This tour is not suitable for "slow walkers" or mobility restricted persons. There is unfortunately no place to load walker devices or wheelchairs in the vehicles. 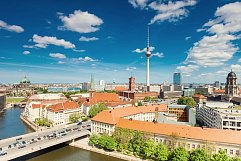 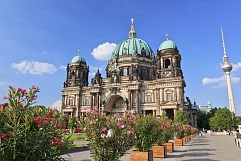 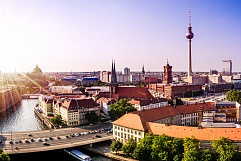 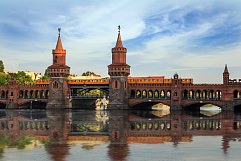